This weekend I babysat my brother and sister, ages 10 and 12. I use the term babysat loosely because mostly what I did was sit on the couch with my sister and re-watched all of season 1 of Pretty Little Liars while searching Pinterest for anything and everything to do with Lucy Hale’s hair and makeup.

Plus at 10 and 12, they pretty much watch themselves. I’m just there to drive them around and make sure they don’t starve to death.

This is how the conversation about PLL went.

And that, my friends, is Reason #1 why I’m not ready to be a parent. Is PPL questionable for a 12 year old? Maybe Probably. But I really wanted to watch it and isn’t it the job of an older sister to push the boundaries just a little?

One thing I just cannot stand is a picky eater. I’m not picky (just no meat, thank you) and I’ll try just about any type of food out there. Paneer tikka masala? Check. Sushi? Check. Huevos rancheros? Get in my mouth. Kids have less refined palettes, shall we say, and ain’t nobody got time for that.

My brother eats like 3 things and will not eat anything else. Since I don’t have to cook for him, usually I just ignore it. Insert me there all weekend and turns out, I’m responsible for feeding them. So he says he wants soup and I said, okay pick a can. I open the can, plop it in a bowl and microwave it, and give it to him. 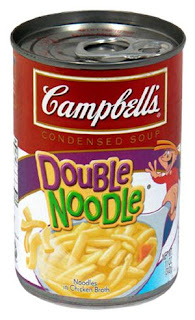 I give him the bowl and he insists that it doesn’t look the same. And I said (in my no-nonsense voice) “it’s exactly the same as Mom makes it so just eat it.”

If you’re a mom, you can probably already tell me what I did wrong. Um, see that word on the label – condensed. Someone forgot to add water so duh, it was basically just noodles, no soup. So no, it didn’t look just like Mom made it. She later found most of the noodles in the 2nd trashcan which is when I learned that he had basically not eaten dinner.

In summary: My Bad.

I totally made up for it by letting them stay up until midnight. Reason #3.

And a note to my parents. I kept them alive and somehow they both actually still like me. That’s pretty much all you get when you pay your babysitter in free junk food. 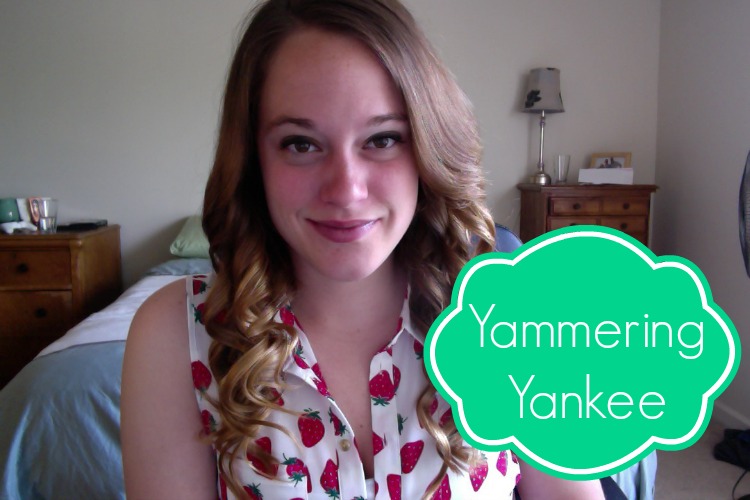 Today I’m so excited to introduce you to Meg from Yammering Yankee. Best blog name ever? I love it. Meg is a northern girl who is doing her best to adapt to life in the south. You can read more about Meg here. Want to know who her doppleganger is? I did too but the real shock is how much her husband looks just like a very famous, super funny guy. You won’t believe it.

Are you married and frequently getting questioned about babies? Meg’s got you covered with some of the funniest responses I’ve heard. She also was brave enough to share her bumpy but beautiful love story. It’s definitely not the usual and it’s worth a read. Meg also just recently gave another favorite, Lisa from Two Martinis, a blog makeover! Check out her design services, find her on bloglovin, or tweet at her!