Some movies you grew up watching over and over again.
I know I was borderline obsessive with a few.
That’s normal for a pre-teen/teenage girl.
I think.
For those movies that really just get you, it’s probably because you wanted to be the characters, be best friends with them, the movie was teaching you life lessons, or you knew you weren’t allowed to watch it and your Mom wasn’t home.
When I look back, here are some of the life lessons from my very favorites.
1. Now and Then
Boys who are mean to you probably like you.
Growing up will probably make you cynical.
You were not creative enough about stuffing your bra. 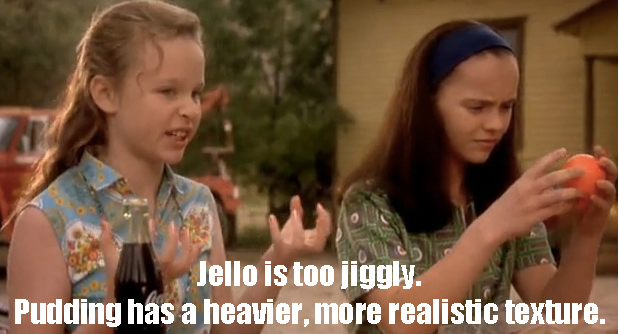 2. Step Up
You will never have enough rhythm, coordination, or timing to be able to dance 1/10 as cool as Channing Tatum and his future wife. Don’t try.
No really 17 year old Nadine, don’t try.
For the record, Kaylin made me see Step Up 3 in college the day it came out.
And she cried at the end. Kaylin, I’m sorry I put that on the interwebs for everyone to see.
3. American Pie
This was my first indication of just how pervy teenage boys are. Don’t pretend like you didn’t sneak watch this at wayyy too young an age. Also, having the name Nadine became popular for .2 seconds after Nadia took her top off. Awkward.
4. The Lizzie McGuire Movie
The cartoon version of me would be way funnier than the real version.
It would be a much better idea to date your guy best friend than any other guy in high school.

5. High School Musical
Who says that we can’t have it all?
Boys who sing and dance can be cool.
Hell, they might wind up being as sexy as Zac Efron.
6.  A Walk to Remember
Bad thing happen to good people.
But most importantly (and most misleading), you can change a bad boys bad boy ways.
False, Nicholas Sparks. False.
7. The Parent Trap
If you work really hard on your British accent, you can absolutely sound British
(to 12 year old American girls). I still work on this after every Downton Abbey episode.
Also, even with an accent, the person from California will always be “cooler.”
Don’t tell me you didn’t
a. Want to learn to play poker
b. Come up with a secret handshake
c. ask your mom 800 questions about your own birth in hopes that she drops a hint that you had a secret twin somewhere.

8. My Girl
Bees are effing terrifying. So are funeral parlors.
That’s pretty much what I got out of this.
9. Mean Girls
What didn’t we learn from this?
Be nice.
Do a better job cleaning up after house parties.
Jungle juice is dangerous at any age.
Never trust anything in Swedish.
Plus we all know that the modern Burn Book would be a Burn Blog.
If such a thing exists, don’t tell me.
10. The Sisterhood of the Traveling Pants
You can find super awesome (magical?) stuff at thrift stores.
I want to look just like Blake Lively (still true 8 years later).
Sometimes life gets rough. Surround yourself with good people.

11. She’s All That
The first DVD I ever bought. True story.
I was probably 12 and learned this pretty quickly:
The popular boys are usually the biggest jerks.
Prom is probably going to suck (it did).
12. 10 Things I Hate About You
Oh Heath Ledger (swoon).
Again, the boy who sings to you is a keeper.
Sibling relationships are complicated.
And another warning: Prom will probably suck.
(Why did I not listen to these warnings?!?)
I know what you’re thinking. How the hell did Lindsey Lohan wind up in not one, but TWO movies on this list. So much potential lost, that one.
What movies did you watch over and over?
I almost listed Spice World but really, what life lessons did we learn there?
I personally
a. Wanted a swing in my room a la Baby Spice
b. Tried to ninja kick everything a la Sporty Spice
Ain’t growing up grand?
Linking up with Carissa, Join the Gossip, Lisette from Northern Belle Diaries, The Collective at Peacoats & Plaid, and The Weekend File.

Did you ever play the game Never Have I Ever?
We want you to play with us, on your blog!
Here is an example of the post I did.
Mark your Blog Content Calendar for April 4th!

How to Make the Most of Your Small Space
What to Ask Yourself Instead of "Does this bring me joy?"
How I Became A Runner
Meatless Meat? I tried the Impossible Burger.