Have you seen the show The New Normal? I love it. When I first saw the previews I thought they were trying to make a Modern Family knock off but it’s not that at all. It’s wonderful and totally its own thing and really I just love Bryan (he’s below in the red). Watch it. You won’t regret it. 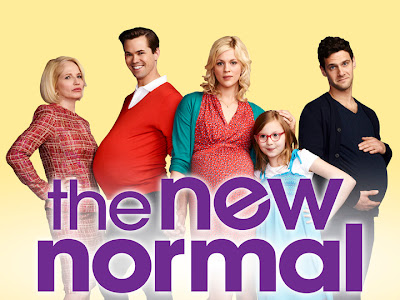 In other news, my roots are bad. Like horrible. You know all that stuff I was doing to try to get my hair to grow long, faster? I almost regret it now because it makes my roots show so much faster too.
I have a hair appointment right now for later this month but I’m having a really hard time spending so much money with the puppy coming next month. Everywhere I’ve read says that however much you think your going to spend on a puppy, you spend way more.
So here’s the question. Would it be horrible to switch to single process blonde instead of getting highlights? Single process is a lot cheaper but I’m also thinking it might not look as natural. Any single process blondes out there? Help a girl out! Also, has anyone tried eSalon? 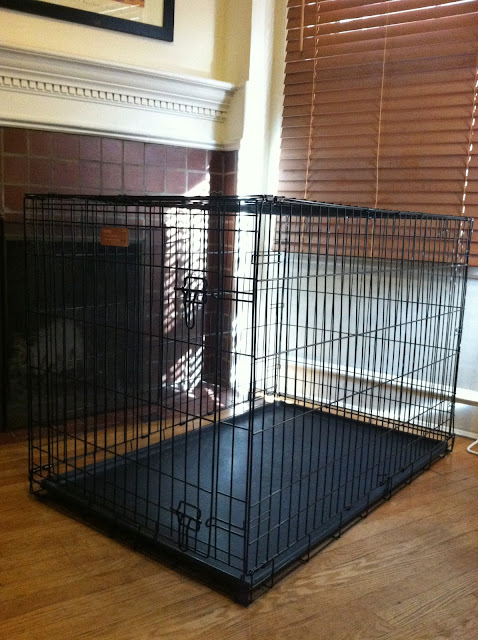 And in other news, we bought a giant crate! And, because I am way too excited, we’ve already set it up. These days, I spend at least an hour a day admiring my sweet pup on our breeders webcam. She sent us more pictures this week so excuse me for sharing just one more:
Happy Almost Friday!
I’d give up the whole weekend
if it meant that the day we bring our puppy home would come sooner.
xoxo