Here’s what went down during Franken-Storm these last few days
(also known as the most boring vacation that I actually didn’t want).
I set a world record of the longest amount of time spent in a single pair of yoga pants.
We ventured out right before the storm hit to buy a pack of playing cards at the gas station and to hit up the liquor store. This was what I looked like when I got back, minus one umbrella which broke within two blocks from the wind: 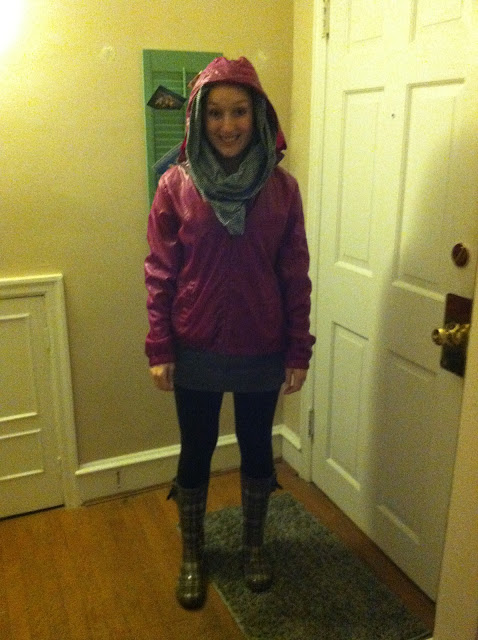 Ironically, the roads were only to be used by “essential personnel” and yet the liquor store was open. I like their definition of essential. The drugstore however, was closed.
We attempted to play Gin Rummy but I remembered that I forgot how to play. I then learned that Naveed had never played Go Fish. What was he doing on car trips as a child? Isn’t this some kind of childhood requirement? #fail
We watched all of seasons 1 and 2 of The Walking Dead. I am now scared of my own shadow.
I made not one but TWO more quiches. Dang those things are good. This last one was tomato and smoked gouda.
I washed my face 4 times a day as I was constantly in fear that the power would go out and I wouldn’t be able to wash it. #OCD
And finally, our living room reached a new low point. After not moving from the couch for about 26 hours straight, the coffee table was littered with empty Pringles cans, leftover pizza, white cheddar cheeze-its, 12 coffee and tea mugs, and a lifetime supply of empty water and beer bottles. It was disgusting.
After being in the house for 2 days, we ventured out and there was a lot of this: 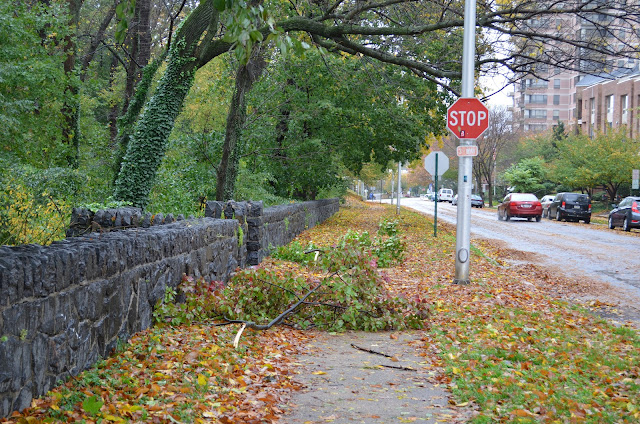 And even more leaves:
We never lost power and we were about 6 hours away from going stir crazy.
I moved back to the east coast partially to have actual “weather”.
I sure got it.
Hope you all stayed safe!
xoxo