After my beau wrote such a sweet post the other day about living with me,
I’ve decided to do the opposite and out him on the internet for being yucky.
Ha, he thought he could get away with so much after such a mushy post.
Not gonna happen, buddy.
Let’s get started.
Can anyone tell me the proper place to put an empty orange juice container?
Anyone?
You in the back.
The recycling?
Psshh paa-leeze.
In our house, we keep them right next to our nightstand.
In the bedroom. 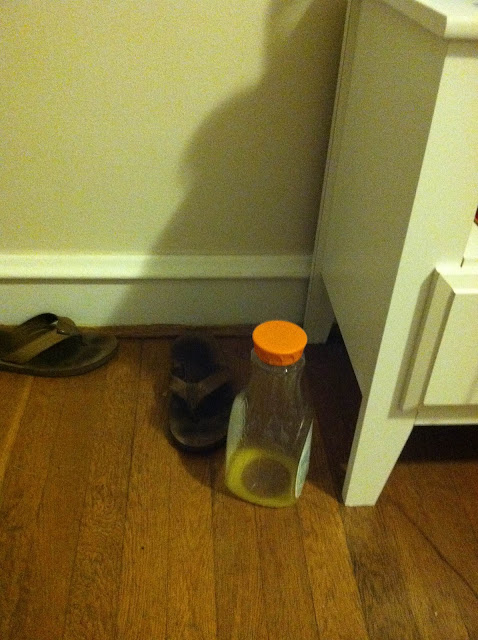 Should I note that he never once poured this OJ in a glass?
Not once.
Straight out of the bottle.
Moving on.
This happens on the REG: 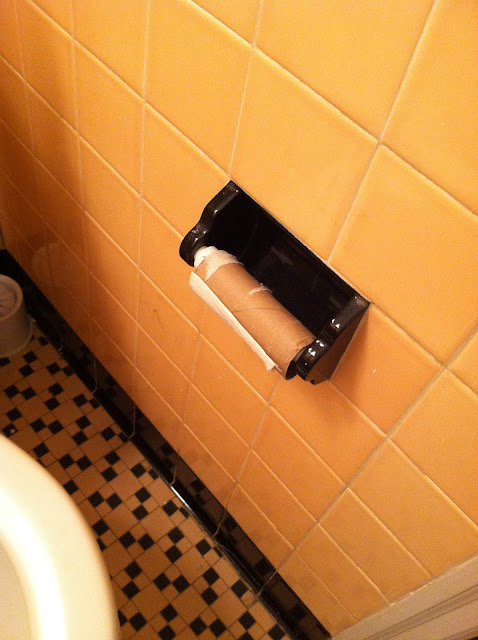 Leaving the toilet seat up?
Doesn’t bother me.
This? MADDNESS.
Re. Place. The. T. P.
Thank you very much.
And now, for the man cave.
Let’s take a peek, shall we? 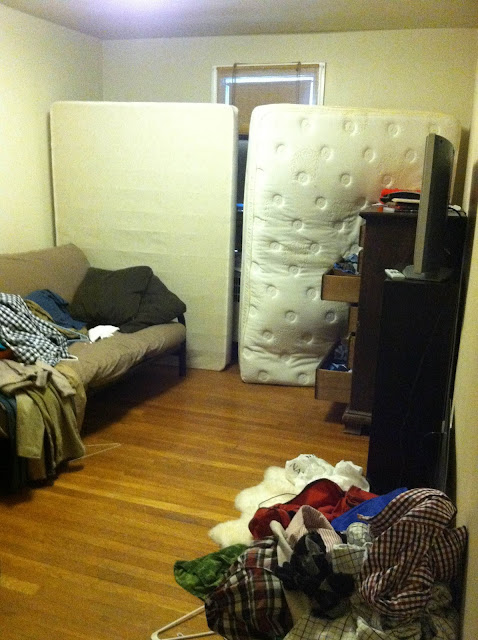 There are no words.
In my head, a man cave was for football and,
I don’t know,
man stuff.
But evidently that lovely second bedroom [we pay for] is actually
a storage area and a way to get out of putting the laundry away.
See that pile on the futon? Clean, people. Totally clean.
Who needs a dresser when you can just drape everything over your furniture?
And last but not least: 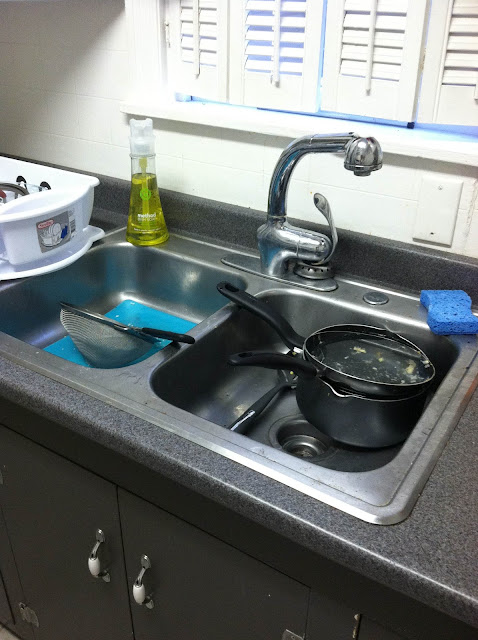 His job = dishes.
My job = laundry.
Interestingly enough, there is clean laundry in the picture above.
So who is doing their job and who isn’t?
Mmmhmm.
We’ll leave it at that.
All kidding aside (and dang, he’s a good sport),
living with this guy has been everything I hoped it would be.
It feels normal and wonderful and really,
he’s just my favorite person.
Why wouldn’t I want to come home and see this face? 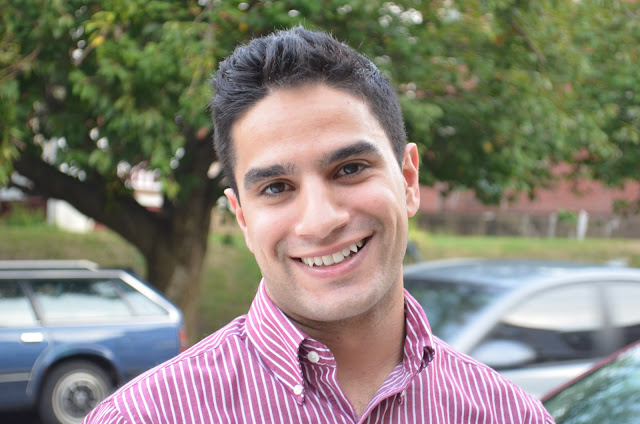 I’ll stop now, really.
I swore I’d never be one of those girls who only talked about her boyfriend.
Yet here I am, blabbering away.
But really, he deserves it.
I know, vomit.
xoxo