I was recently with a group of real grown ups (i.e. married people with kids) when one mentioned their favorite child.

In a moment, I took it as a joke. I tell Archie he is my favorite child all the time and I tell my sister she is my favorite sister almost every time I see her. The key is, they are both my only. But in this case, after a moment I realized she wasn’t joking. She has three kids and had just fessed up to having a favorite child. 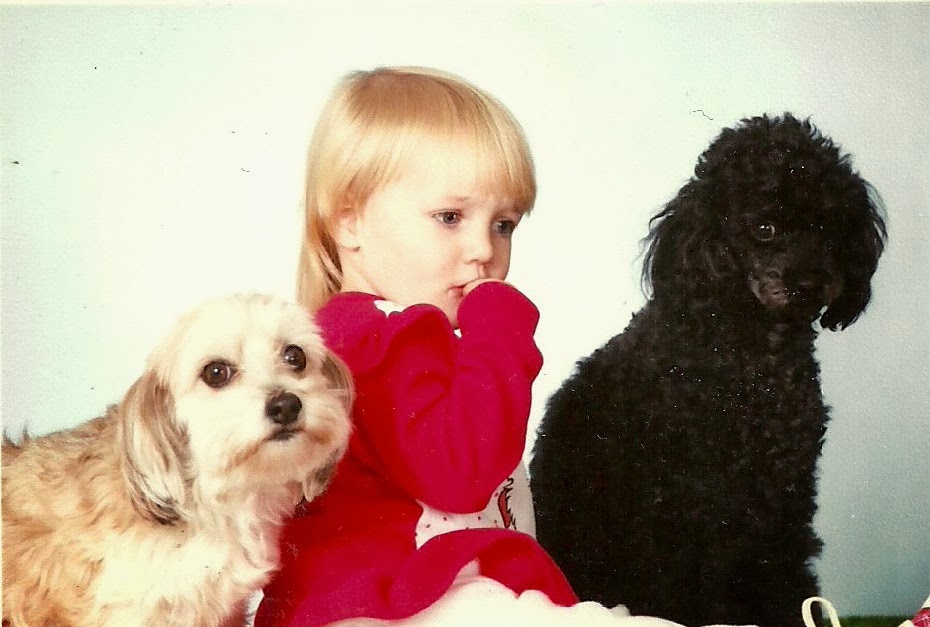 Oh no! She thought. With a brother on the way, I won’t be the favorite anymore!

p.s. Again Mom, you say these are bangs, I say it’s a mullet.

This isn’t the first I’ve heard of this. Every time we visit N’s parents his Dad calls him his favorite son (he has two). I’m fairly certain he says this to whichever son he is with at the time but every once and a while, I get the feeling that N really is his favorite.

The concept isn’t new to me, though without having my own children, it’s hard to gauge if this is something that’s even possible. Do most parents have a favorite? Is this the biggest secret of parenting?

Whenever someone says something like this, I think of my own family. I think of each of my four parents and consider, who is their favorite? I am the oldest of four kids in my family, two from my Mom and Dad and two from my Dad and Step-Mom. You could say I have two-half siblings and one full sibling but that’s just not how we roll. They’re my brothers and sister.

I once had this talk with my step-mom, who insisted that she doesn’t have a favorite, but said cheekily that if anything, I’m every ones favorite. I’m definitely the kid who did everything her parents asked her to. I didn’t cause many problems. I never got called to the Principal’s office. Always got good grades. Went to a good college. Got a job. Fell for a guy they all love.

And yet, I have the sneaking suspicion that I’m no one’s favorite. Maybe every kid feels like this?

Maybe I won’t know until I have kids of my own. Even then, I probably won’t admit it. But I can definitely tell you which kid I think is the favorite of each of my parents. Though if I told you and blasted them here on the interwebs, I’d definitely be no ones favorite in a hurry.

So tell me, do your parents have a favorite? Are you a parent who has a favorite child?

Today I am excited to introduce you to Anna from A Dash of Quirky. Anna originally started her blog to bravely share her battle with trichotillomania. Anna is a fellow dog lover and adopted a sweet and crazy pug named Ernie. Now Anna and her fella have two dogs and a cat (and I’m jealous!).

Anna spent a bit of time in San Francisco a while back and decided it wasn’t for her. I don’t blame you, Anna! It wasn’t for me either. If you need a little boost today, her 10 life lessons post is a must read. You can check out her progress with her Trichotillomania and read more about Anna or follow her on Bloglovin to stay updated regularly.