No, not me.
But we’ll get to the cuteness, I promise.
Last night I had a work event at a local brewery.
And let me tell you, it is much easier to be in a loud bar if you are the one drinking.
Since it was more of an established crowd (read: middle aged),
I opted for a professional but sightly trendy. 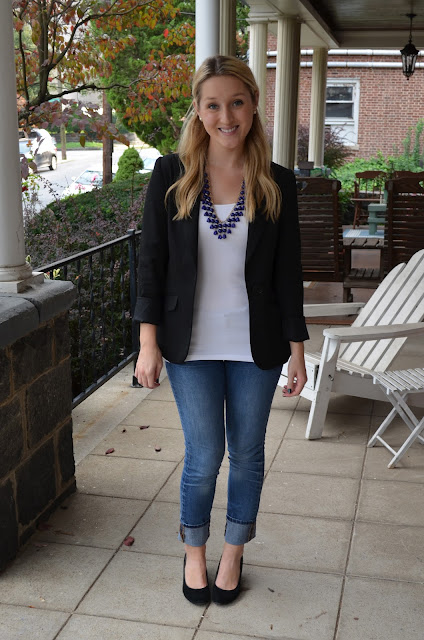 Here’s the thing.
I thought a well tailored blazer was supposed to make you look thinner.
But when I look at these pictures, I feel like it does the opposite.
Maybe it’s because I left it open?
In other news, check out that center part.
How do you feel about center parts?
I was always a deep side part girl myself
until I realized that my cowlicks on either side make it nearly impossible.
After years of fighting it, I opted for off center but not too deep.
But this week?
Dead center.
On the life front,
Naveed and I cannot agree on a dog name.
Like At. All.
He has a secret strategy he uses and it goes like this:
I suggest a perfectly wonderful name, like Henry.
Or Mosby (#HIMYM).
And he shoots it down immediately.
I then accuse him of not even considering any of my names.
And here’s his move:
He then suggests a name that is SO COMPLETELY RIDICULOUS
that there is NO WAY he thinks I would ever agree to name the dog that.
Like Hector.
Or Chauncey. Yes, Chauncey.
(Not even a dog name. Like, at all.)
And I am so horrified by the suggestion that I say
ABSOLUTELY NOT.
So he accuses me of not taking any of his names seriously.
Do you see what I have to work with, people?
It’s madness over here.
But really, it’s hilarious.
And silly.
We are definitely enjoying it quite a bit.
Right now, I’m all about Walter.
I love old man names.
I just do.
Let me get it out of my system before I have actual children.
He is dead set on Flynn.
I think it sounds like a hipster name.
Like Flynn should have a sister named Harper or Sparrow.
The only one we kind of sort of maybe agree on is
Rupert.
Our breeder sends out pictures every week of the pups.
So aside from looking at the webcam all day long,
(No seriously, every 10 minutes)
We also get lots of updates with photos, videos (they squeak!) and a weight chart. 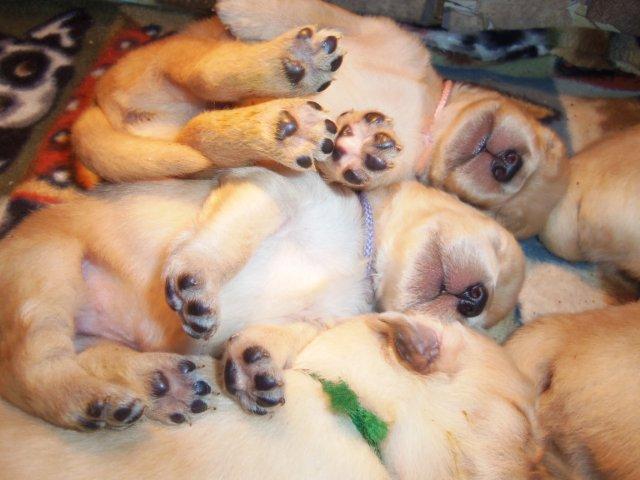 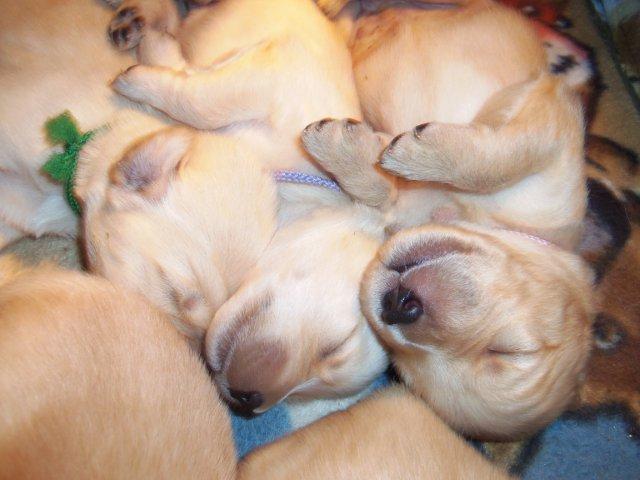 If you are worried that the future of my blog is just me gushing about my dog,
your worry is justified.
I can’t get enough.
Too much cuteness for one post?
I think so.
Happy Friday!
xoxo