Recently I began working on my 30 before 30 goals. I’ve been casually writing down random goals for about a year now and decided that all of them should need to be accomplished by the time I’m 30. One of the first goals I put on my list was “to catch a picture of a lightning bolt”. Yes, it may sound silly but I missed the epic Spring thunderstorms growing up in California and since returning to the east coast thunderstorms have become my absolute favorite. I’m not a photographer so this particular goal seemed nearly impossible. And then…
Driving home from The Avengers on Friday night, the beau and I left the theater to find ourselves in the middle (what we thought was the middle) of a huge thunderstorm. Turns out, it was just getting started and we had to drive into it to get home. After googling “safe to drive in a thunderstorm?” (I’m still unsure about this but most signs pointed to yes), we set out on our way. And wouldn’t you know? I achieved a life goal: 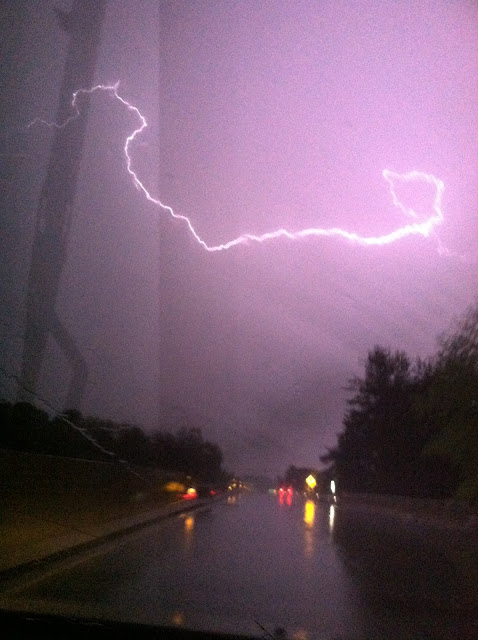 Unedited, straight from my iPhone 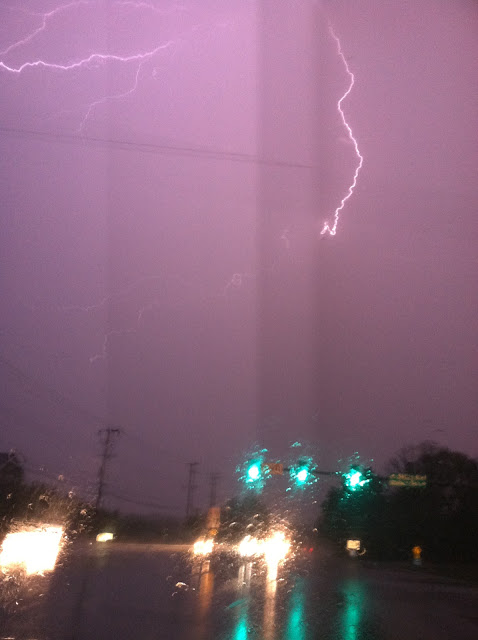 Not one but TWO! The amount of happiness this brought me really can’t be measured. It’s off the charts. I’m leaving this goal on my 30 Before 30 list simply because I want to catch 100 more and I’d like to catch at least one that is striking the ground.
I’ll be back tomorrow with a recap of the table I refinished!
So tell me, how was your weekend?